YOUNG people are demanding action from politicians to tackle mental health issues, as data released today reveals feeling ignored by the Government during the COVID-19 crisis has increased their emotional distress.

Working with Barnardo’s, children and young people from the charity’s services in Bristol, Buckinghamshire, London and Plymouth carried out surveys to find out the impact of the pandemic on young people.

And the UK’s leading children’s charity also carried out a nationwide survey of children and young people it supports to see how they have been coping during the lockdown.

The results are published in a report, which young people helped to write and design, entitled Mental Health and COVID-19: In Our Own Words which is out this week.

A key theme running through the surveys was children and young people feeling they were being ignored by decision-makers during the pandemic.

Many said they were concerned about the level of information they had received and said a lack of information had contributed to their anxieties and fears around the virus.

In the national survey, more than half said they were unhappy with the information available to them, citing reasons such as sources being confusing, negative (exacerbating their mental health needs) and often untrustworthy. Only 17% were satisfied.

To improve things as lockdown gradually lifts Barnardo’s and the young people who co-authored the report have come up with seven demands for the UK government and devolved nations:

1. Involve children and young people in ‘recovery planning’ and give them a role in national decision making on the policies that affect their lives.

3. Rebalance the educational system so that it prioritises child welfare and wellbeing alongside academics.

4. Provide timely, transparent and clear information targeted at and accessible to children to address the uncertainty and anxiety around Covid-19.

5. Guarantee all young people aged 16-25 an opportunity in education, employment and training – ensuring schemes are accessible for the most disadvantaged young people.

6. Support the development and trialling of alternative therapeutic interventions where it could benefit particular groups of children, including those who have suffered trauma.

7. Provide long term, sustainable funding for the redesign of local support for children, young people and families’ mental health and wellbeing, including by reviewing the ‘tiers’ system in CAMHS that locks out those who don’t meet the threshold for treatment, and ending the ‘cliff-edge’ in support at age 18.

The report says it is vital for politicians to understand the disproportionate impact the pandemic and lockdown has had on children and young people’s mental health and wellbeing.

The research particularly looks at vulnerable groups and found that the crisis has compounded inequalities that already existed and has hit vulnerable and marginalised groups the hardest.

This includes young carers feeling isolated and worried about bringing the virus into their home and some children with pre-existing mental health issues who said they have received little or no support during the pandemic.

Isolation was a big issue for all the groups surveyed, not just young carers. This included in Bristol where over a third (34%) of children and young people interviewed reported significant isolation and in Plymouth where isolation was identified as a key issue.

The report also says  COVID-19 is having a disproportionate impact on the mental health and wellbeing of BAME children and young people. Kooth, one of the biggest providers of NHS online mental health support, also says it has seen a 26.6%  increase in BAME children contacting them with suicidal thoughts, compared to 18.1% for white children.

Last month polling by YouGov for Barnardo’s of 4,000 eight-24 year-olds found that at least a third had experienced worsening mental health and wellbeing during the lockdown.

More than two-fifths (41%) of children and young people polled by YouGov said they were more lonely than before lockdown, more than a third said they were more worried (38%), sadder (37%) or more stressed (34%). A third also said they had more trouble sleeping, which could have a knock-on effect on schoolwork, behavioural issues and family life.

“The coronavirus lockdown has felt like a lifetime for children and young people, and the negative effects could last a real lifetime if they do not have the right support for their mental health and wellbeing.

“This is particularly true for the vulnerable children Barnardo’s supports including children in the care system, children at risk of abuse and children from BAME communities.

“Young people do not feel they have been heard by decision-makers during the pandemic but the choices made today will have a profound effect on their future. That’s why for this new report we gave young people the opportunity to survey their peers and to co-produce the recommendations.

“It’s vital we take immediate action – with programmes over the summer and when children return to school, and in the longer term, we owe it to children to ‘build back better’ with a system that is radically better than the one we had before.

“That means moving past tiers and thresholds towards an inclusive approach that embraces digital services, alternative therapies and community-based help, alongside clinical care. We must also end the ‘cliff-edge’ facing young people when they reach 18.

“Government must take the lead in this, but charities have a crucial role to play too. We must all work together, across sectors, to make the changes needing to help children recover from the trauma of the pandemic and move on to a positive future.”

For the Original Article see here

The Covid-19 Pandemic has had a massive negative impact on the mental health of young people. As the UK slowly starts to recover from the Corona Virus Pandemic, we understand that many young people need their mental health prioritised. UK Care acknowledge the pressures the NHS are facing, therefore we can deploy teams to provide calm , trained and professional support releasing medical or Security Staff to complete the core roles. 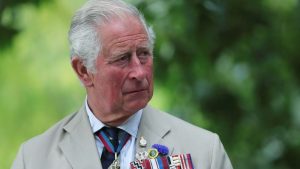 The Prince of Wales has highlighted the impact of the pandemic on young people, saying it is a “particularly difficult time to 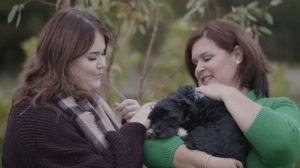 If your child is struggling with their mental health you’ll know how tough it can be to find the right care close to home. 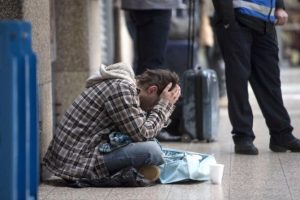 London homelessness up a third on last year amid coronavirus

Rough sleeping in London during lockdown was up a third on last year, London Assembly analysis has revealed. There were almost 450